Wrestlegirls: How the WWE Women's Division is Destroying Old Stereotypes 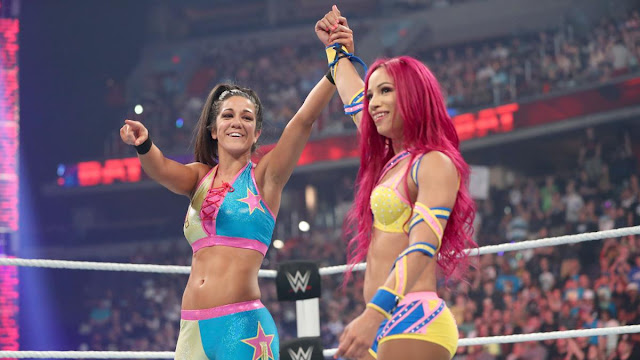 Things have changed significantly for women in the industry of professional wrestling since 2014. That’s thanks to a deep roster of committed, athletic women who refuse to be bound by the old stereotypes made popular by the ’90s Attitude Era and that lingered on decades past their welcome. From about 1999 until all-too-recently, the typical woman’s match would involve the words “cat fight” and/or “bra and panties.”

What made America’s sports entertainment titan WWE change its approach to women’s wrestling? In 2014, a revolution of sorts began to stir down in NXT, WWE’s developmental promotion. Triple H, a veteran of the Attitude Era and son-in-law of WWE CEO Vince McMahon, guided NXT to recruit some of the best female wrestlers he could find and groomed them to change the way the world looks at women in the industry. The most famous of these women are the self-styled “Four Horsewomen,” Charlotte Flair, Sasha Banks, Bayley and Becky Lynch, but it goes beyond just them in the new era of many women becoming full-fledged superstars. Let’s take a look at all of the key players in this brave new world of non-sexualized female wrestling.

Read the whole article on Fandom!
Posted by SRD at 9:53 AM