Godspeed, Master! You Were Not Insignificant! 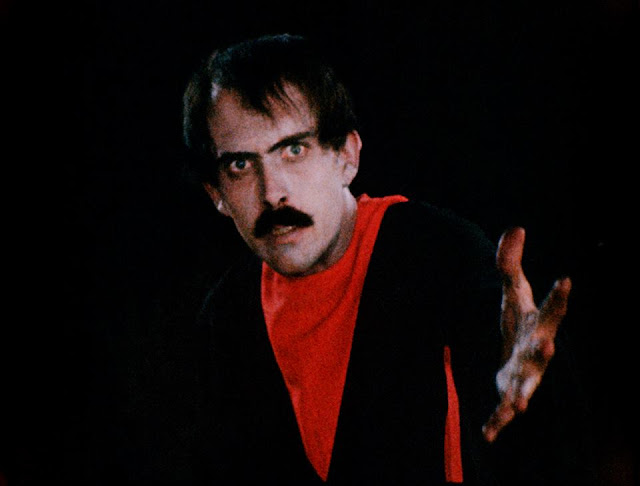 With my busy schedule recently, I was not even aware of this very sad news until today, even though it appears an attempt was made to make me directly aware of it, and I must apologize for my lateness. As many of you know, MST3K andRiffTrax and the movies they feature have had a huge impact on me andmy life, and it was shocking and sad to learn that Tom Neyman, the actor who played the iconic Master in Manos: The Hands of Fate, passed away last week.

I think it would be fair to say that this man probably never had any idea the effect he would have on so many lives in a unique and meaningful way. No other character in the entire canon of MST3K or RiffTrax is more iconic than The Master. He clearly immersed himself in the character and gave the absolute best performance an actor could give in such a role, but it would not be appreciated for decades and in a way that could not even be conceived at the time of filming. 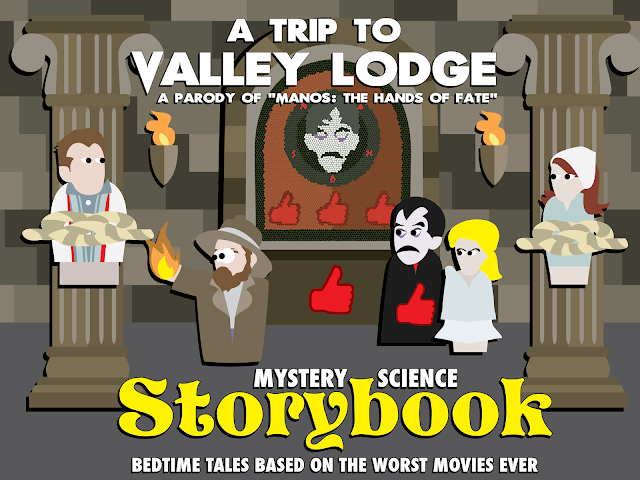 The character, the performance, and most importantly, the man himself had a profound impact on me personally in a way that I believe is unique. He is literally the symbol of Mystery Science Storybook. No other image in the series is more iconic than his face on a stained glass window that happens to grace the cover of the book itself. His image is what the entire series was founded on and funded with. This very important part of my body of work would literally not have been possible without Tom Neyman, and I very much regret that, despite being friends with his daughter, the amazing Jackey, I never got a chance to tell him what he meant to me personally. I can only hope that he knows about the amazing impact he had on my life and the life of so many of the rest of us in this community.

RIP Master! You made a difference in the world, and I believe you will continue to do so in the next one. You were not insignificant. Quite the opposite.
Posted by SRD at 11:07 PM No comments:

Email ThisBlogThis!Share to TwitterShare to FacebookShare to Pinterest
Labels: Manos: The Hands of Fate

Throw Your Vote Away!: A Parody of "Super Mario Bros." 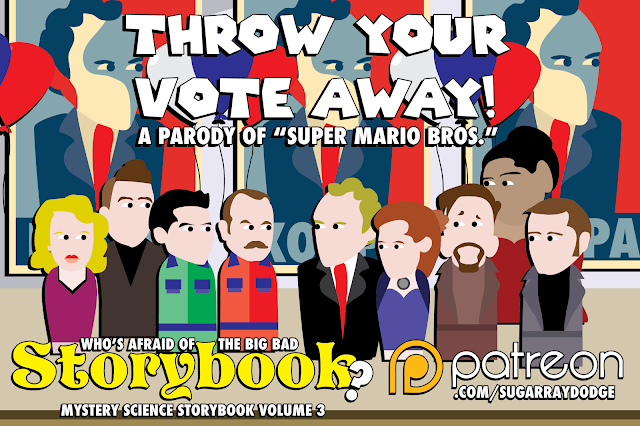 DISCLAIMER: THIS COMIC IS IN NO WAY AN ENDORSEMENT OR DENUNCIATION OF ANY POLITICAL CANDIDATE! IT IS STRICTLY NEUTRAL! MAKE UP YOUR OWN MIND ON WHO YOU VOTE FOR!

Behold, Throw Your Vote Away!: A Parody of "Super Mario Bros." This chapter is part of Who's Afraid of the Big Bad Storybook: Mystery Science Storybook Volume 3.

Please consider supporting the production of brand new full chapters by visiting our Patreon page. Artists like me depend of the support of the reader to keep the whole thing going, so the more donors, the more comics I can bring to you absolutely free! Also, because this comic is free for all to see so more people can see it before the election, Patreon patrons WILL NOT BE CHARGED for this one. It's a freebie, everybody enjoy!