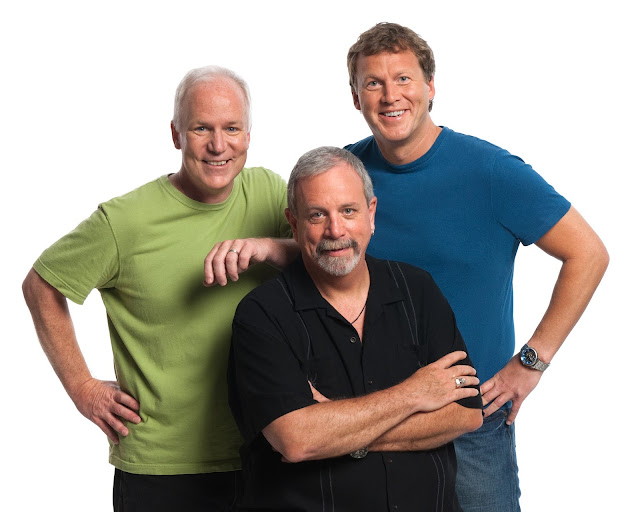 On a day when the movie riffing world was turned joyously upside down by Joel Hodgson's announcement of a Mystery Science Theater 3000 revival, accompanied by an incredibly ambitious Kickstarter Campaign, RiffTrax confirms that their principal lineup of Michael J. Nelson, Kevin Murphy and Bill Corbett, will remain unchanged. In short, RiffTrax is going to keep being the same RiffTrax we all know and love.


Mike Nelson confirmed his non-involvement with the new series on his Facebook page.


I loved my time at MST, but I was in essence a hired gun. The brand does not belong to me, and I make and have made (almost) zero dollars off it since it stopped production in 1999.

But HAPPILY -- I've spent nine years putting all my energies into RiffTrax (we now have created more tracks than we did in our time at MST!) and we have tons of exciting stuff coming up, including more live shows, more feature length stuff (including one of the finest films to ever feature an NES Power Glove), shorts, etc., etc.

As a fan of riffing of all kinds I'm glad there's going to be more out there, but just wanted to give a fuller picture of why I'm not involved.

Let me just close by saying how enormously grateful I am to be able to continue to work at something I love. So, thank you, all.

In a 2014 interview, Kevin Murphy expressed his intentions to not participate in a potential revival.


You know, I’m really not interested. As I said, where I am right now, I’m really loving what I do. We’re having great fun with RiffTrax, and to go back and do that again would … it has this ‘Return to Gilligan’s Island’ feel to it. You know, they did that again, and it just looked sad and lame because it was the same characters, except they’d gotten old. Or they’d substituted in new characters, and it didn’t really feel right. I think they had a fake Ginger in there. I don’t remember, but it just never felt right. It never felt like the real thing. We made that real thing for 10 years, so I’m really not interested in going back. It’s like going back down to your basement from when you were a kid when you’re an adult and making the same kind of car models that you did when you were a kid. It just doesn’t ring true to me anymore. What I’m doing right now with Mike and Bill at RiffTrax is a blast. We’re having a great time doing it, and people seem to like it. So I’m happy to do that. And if Joel wants to do the show again, God bless him, and I hope he has a lot of fun doing it.

Bill Corbett has also confirmed on his Twitter feed that he is not involved with the revival.

Since so many of you nice people (and even some of you scoundrels) have asked: no, I am not involved with this. https://t.co/6RSIrprJ4y
— Bill Corbett (@BillCorbett) November 10, 2015

In an email exchange with RiffWiki.net Editor-in-Chief, Dave Chadwick, the RiffTrax organization confirmed that they knew about the revival and are very supportive of it, mentioning that Shout! Factory (the organization which owns MST3K) is partnering with them to sell classic MST3K episodes as part of the RiffTrax library under the new MST3K Monday series. They also stated that the attention MST3K is getting and the renewed interest in movie riffing as a whole is, in fact, good for their organization.

Mike Nelson was the head writer of Mystery Science Theater 3000 and the second on-air host after Joel Hodgson stepped down in 1993. Kevin Murphy worked as a writer and performer on MST3K for it's entire run and was the second performer to portray Tom Servo. Bill Corbett was a writer at MST3K for four seasons and was the second performer to portray Crow T. Robot. RiffTrax Live: Santa and the Ice Cream Bunny will be in select theaters on December 3, 2015. Tickets are now available.
Posted by SRD at 8:04 PM